skip to main | skip to sidebar

When installing Cisco Unified Communication products (CUCM, CUPS, CER, UC, CUMA, etc.), you might get a message saying that the hardware is not supported. It's a pain in the butt. Espeically when you (or you client) spent quite a few $$$ to get a brand new server and yielded "not supported".

Cisco itself does not manufacture servers (not until lately, with introducing of 'Unified Computing'). Cisco OEM servers (x86) from IBM, HP and Dell and brand it as "Cisco MCS" (Media Convergence Server). Cisco also labels those servers with it's own model number. For example, MCS-7845-H2 is actually a HP DL380 G5 server.

Cisco recommends customers purchase "Cisco MCS" server for Unified Communication products. The major advantage of that is it guarantees the compatibility between hardware and software. For example, you may find the CUCM compatibility matrix here: http://www.cisco.com/en/US/prod/collateral/voicesw/ps6790/ps5748/ps378/prod_brochure0900aecd8062a4f9.html

Even though Cisco recommends customers purchase MCS servers, it does not prohibit people from buying "equivalence" from manufacturers directly (ie. from IBM/HP/Dell).

If you decided to buy "equivalence", be careful, Cisco has very strict requirements on that. If you didn't order the right parts, the server could yield "not supported" (ie. the software install will fail).

What does it look for?

When the software being installed, it usually looks for the following attributes on the system:
1) Machine type (model number in BIOS)
2) Hard drive and RAID card
3) CPU speed
4) Memory

You tried to reinstall CUCM 6.1.2, but it kept saying the server was not supported.

Cause of the problem:
In IBM BIOS, there's a field called "Machine Type". The generic IBM machine type is different with Cisco MCS machine type.

2) Boot to the disk and flash the BIOS. During the BIOS flash, you should receive a prompt as to whether or not you would like to change the MTM. Please select yes, and enter the correct machine type (e.g. 884xxxx)

Note: the above should be performed by a Cisco TAC engineer.

You tried to reinstall CUPS 6.0.4, but it kept saying the server was not supported.

Cause of the problem:
Your old motherboard was with a CPU at speed of 2.13 Ghz. Since the 2.13 Ghz CPU was end of life, HP gave you a 2.8 Ghz CPU and thought you'd be happy with that.

Resolution:
Though you might be happy with the faster CPU, the software was not happy at all. Based on the machine type, the software expect a 2.13Ghz CPU.

#3 You ordered a server from HP, you made sure the CPU, memory, hard disks meet the Cisco requirements. But the software stills said "hardware not supported".

Root cause of the problem:
You forgot to order a "PCI-X/E Mixed Riser Option" from HP.

How do we find the "equivalence" of a MCS server (so you can order it from HP/IBM)?

Step 1: Go to product compatibility page and find a supported MCS server. e.g. for CUPS 6, go to http://www.cisco.com/en/US/docs/voice_ip_comm/cups/7_0/english/compatibility/cupcompatibility.html#wp77512. Let say, you picked MCS-7825-I3-IPC1, which is good for CUPS 6.0.4 new install.

Step 2: Go to this page and click on IBM or HP link (http://www.cisco.com/en/US/products/hw/voiceapp/ps378/product_solution_overview_list.html). MCS-7825-I3-IPC1 is an IBM server. So you would click on the IBM link.

You'll have to order each piece on the list.

If we got a "hardware not supported" message, how do we know which part is not meeting the requirements?

To see the reason of the failure, you need to review the /tmp/hw_validation_err file on the hard drive. You may press ALT+F2 while the installation is in progress (before it gets to halt state). Then you'll get to the Linux command prompt. Type the command below to display the content of the file: 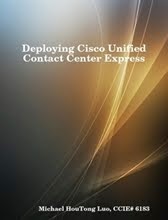 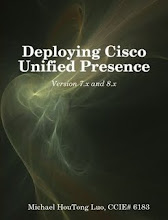 Disclaimer: Some of the individuals posting to this site, including the moderators, work for Cisco Systems, Inc. Opinions expressed here and in any corresponding comments are the personal opinions of the original authors, not those of Cisco.